Championship Tennis Tours serves thousands of tennis fans each year! Here are a sample of the real comments we receive from our very satisfied clients.

Are you one of our cherished clients? Please send us your testimonial. 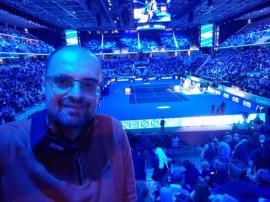 Hey Guys. Wanted to thank you for the phenomenal tickets you got us for the ATP Finals. We hoped to have seats behind the server and that's exactly what you guys delivered. Zvevrev beating Djokovic was not what we were hoping for, but that's sports! Thanks again, hope to use you guys for the US Open next year. Deyan 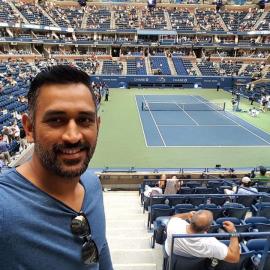 “Above and Beyond Service”

You've been nothing short of awesome. I really appreciate you, Mike, the seats are as you said all in the shade and 5 together..... We thank you so much for your assistance. Samson 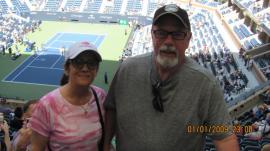 Hello Chris: Well we made it to the W hotel. We went to two Open tennis match"s. It was great, We saw Federer, Serena, Wawrinka, Goffin etc. Overjoyed! The 911 experience was well worth the price of admission and so was seeing the Statue of Liberty. We also went and seen To Kill A Mockingbird, starring Jeff Daniels off-Broadway. Hands down the best stage play I have ever seen. We even went to Central Park and saw where John and Yoko Lived. Also the memorial. Thanks for all the help, I was a little stressed. It was one of the best trips I have been on. Jeff 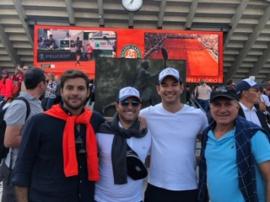 Dear Mike and Chris, I just wanted to send you a very huge thank you email for the tickets provided for the ROLAND GARROS 2019. We were a HUGE group, all coming from Ecuador, and the number of tickets we were able to purchase through you guys, was something amazing. Not even my uncle, who is the president of the tennis federation of my country, was able to get me these tickets. Also, 8 of us accomplished one of our dreams, seeing Federer and Nadal on a semifinal. I have included videos also of Roger and Rafa entering the stadium and the match point. Also, walking next to me, I had a nice chat and a selfie with Diego â??el pequeâ?? Schwartzman, who was leaving the court after winning the doubles 1/8 finals. Hope you enjoy the pictures. And 1000x thanks again! We hope to purchase more tickets through you in the future. Best, Freddy

“Best seats in the house!”

Get rewarded for attending world-class tennis. Our CTT Rewards program gives you 5% back on every purchase!