About the Mutua Madrid Open.

The tournament is one of the world's elite tennis competitions, part of the ATP Masters men's circuit and the WTA Premiere Mandatory women's competition. It is only behind the Grand Slams in terms of importance. It is also one of the few opens in the world where the men's and women's competitions are held simultaneously. Championship Tennis Tours offers excellent Madrid Open tickets in the Category 1 and 2 on Center Court.

The Caja Magica, translation “Magic Box”, is an open air multi-level structure that houses three show courts or estadios. Spanish legends Manolo Santana and Arantxa Sanchez-Vicario are celebrated with stadium names 1 and 2 respectively. Stadium 3 is yet to be named. Fans have great open seating options in both stadiums 2 and 3. 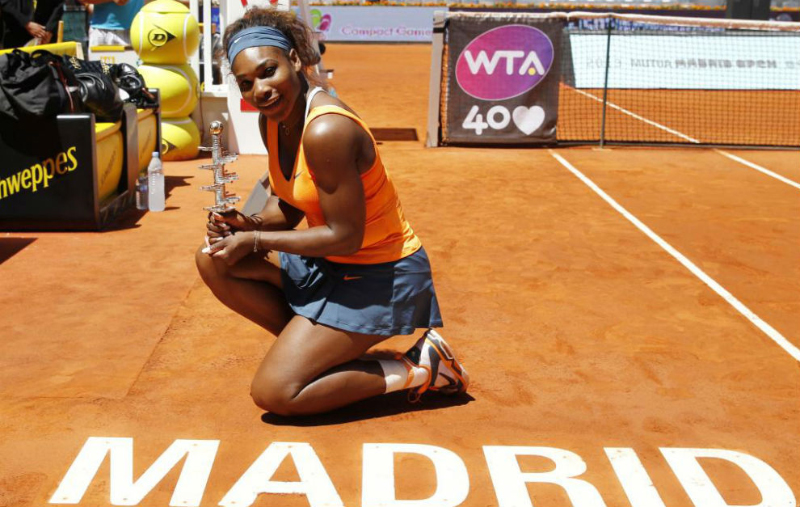 All three stadiums feature a retractable roof that overhangs the seats. This design provides afternoon shade and relief from the Madrid sun. Most important, the roofs are a virtual guarantee that the show will go on regardless of weather conditions. At present, not many outdoor events can make that promise.
The bottom level of the Caja Magica is a breezy, cool oasis filled with retail shops, entertainment, a media center, beverages, and eateries. There is also a combined use outside practice and lower court “island” called the Tennis Garden. This area consists of a raised viewing platform overlooking courts. It has stadium seating below and additional R&R space featuring the Rodilla Bar, a Madrid culinary staple. 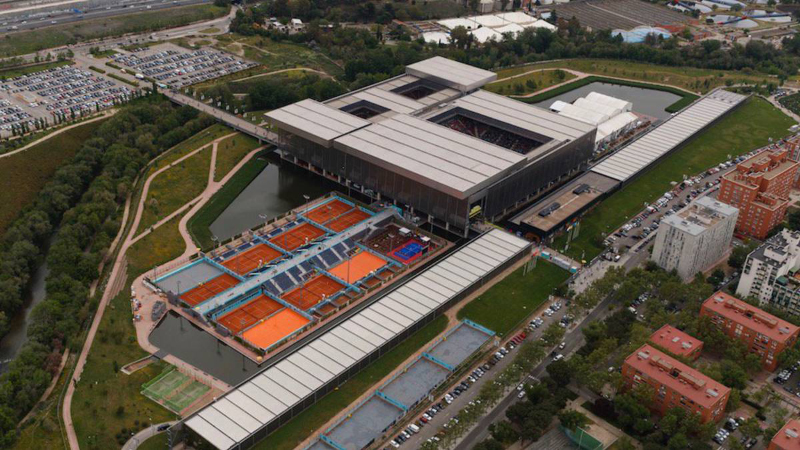 The Tennis Garden was one of my favorite features. Here’s why. The layout gives you the ability to float between matches and practices without the commitment of sitting down or being “locked in” until players change sides. Switching courts is easy and fast, so you miss nothing. The walkway platform overlooking the courts provides a panoramic view of the area. I was generally able to see what I wanted without waiting in lines or having obstructed views.
Player practice schedules are published at the event Information Desk daily and generally started about 11AM. The only downside to the Tennis Garden is the metal construction, so walk lightly to avoid being a distraction for matches in progress. If you are considering Madrid versus the French Open, keep in mind there are no accommodations for evening play at Roland Garros, while late night matches at Caja Magica were common. Extended matches at the French roll into the next day once dusk falls, but Roland Garros is of course a major. 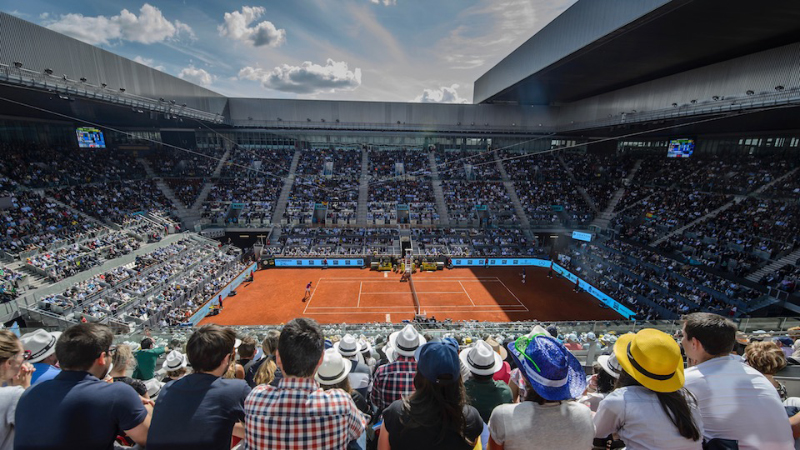 The Caja Mágica holds approximately 12,000  fans, is one of the most modern tennis facility in the world. The site hosts the Mutua Madrid Open since 2009. Made completely from iron, wood and glass, it was designed by French architect Dominique Perrault. The name Caja Mágica (Magic box) is due to the resemblance of the sports centers with actual boxes, which are dynamic and ever changing. 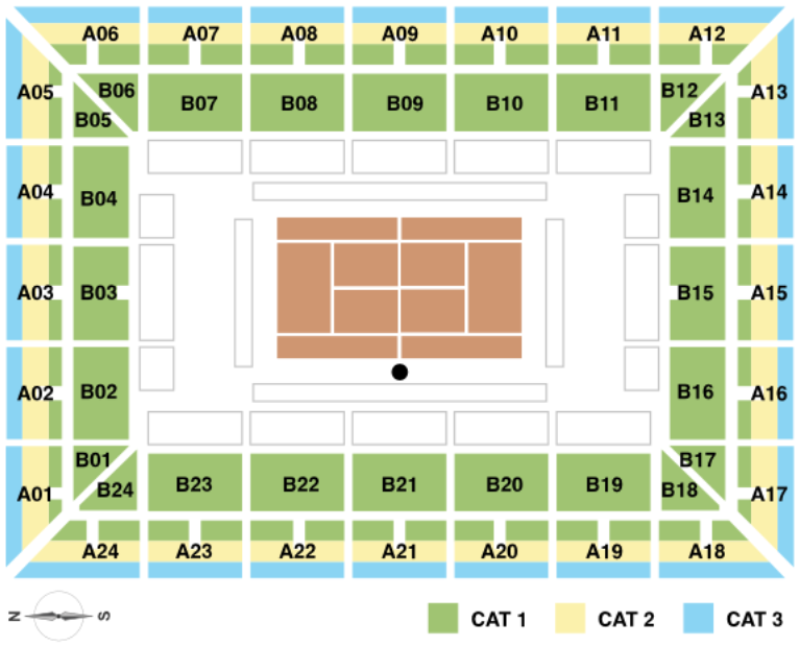 Looking for seats in the shade?

Championship Tennis Tours has fantastic seats in the shade in the west side of the stadium primarily in sections B19-23, and in the south side in sections B13 - B17.
Here are some views from the Caja Magica (Manualo Santana) Center Court:

View from west side: 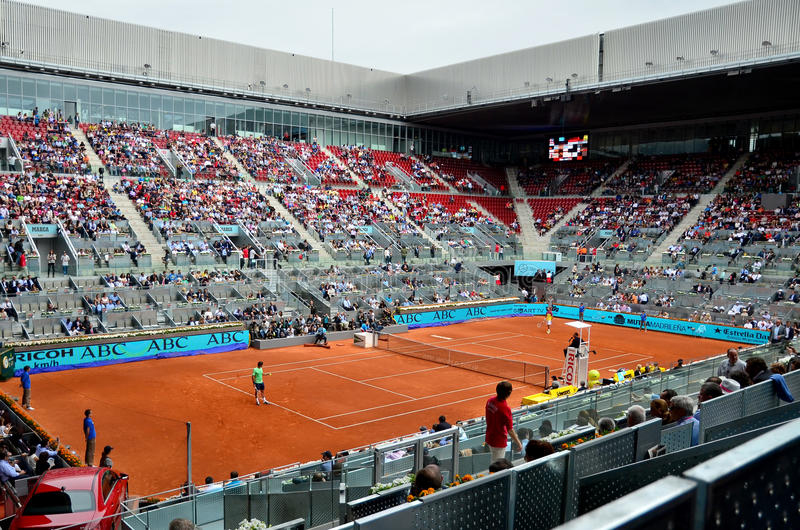 View from east side: 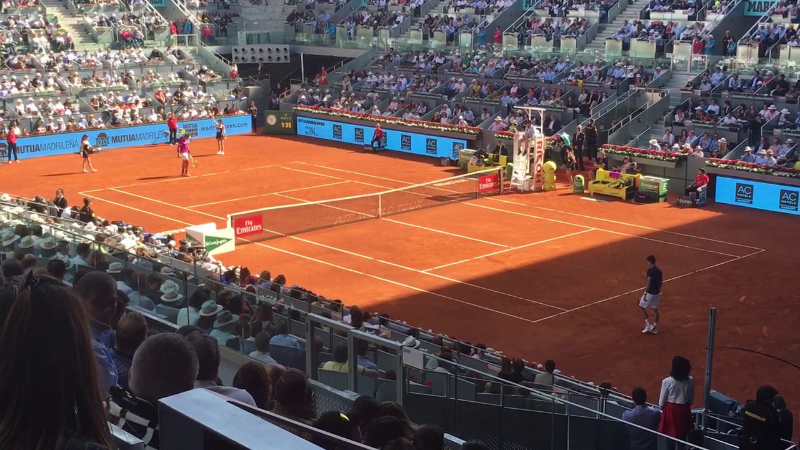 View from south side: 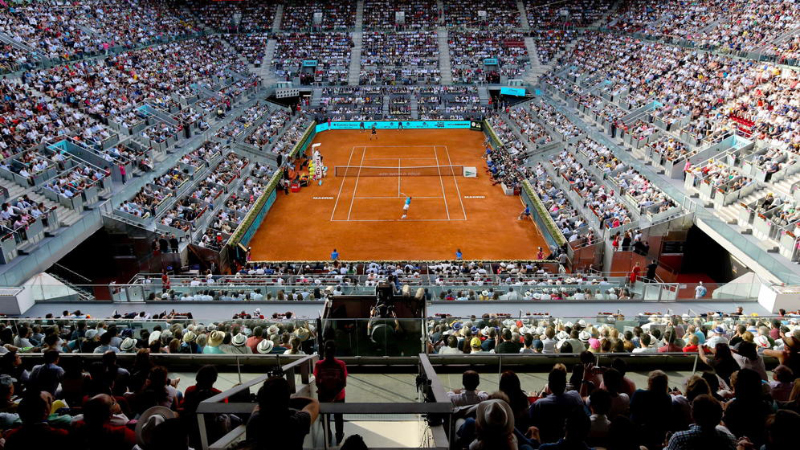 View from north side: 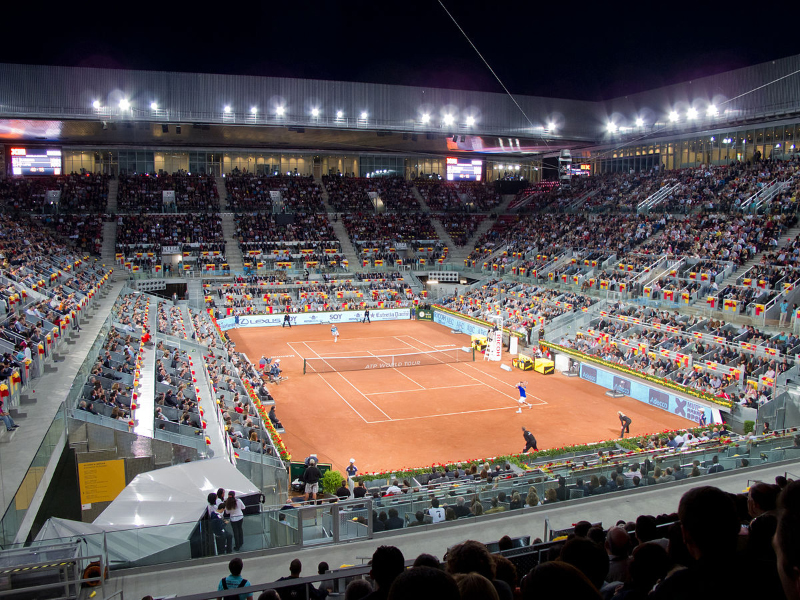 Getting to the Caja Magica: