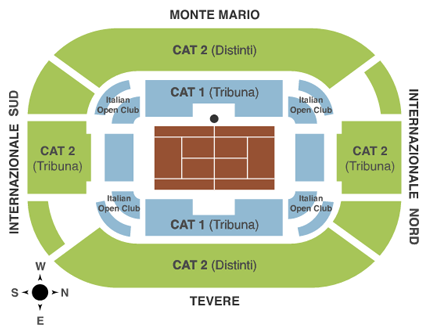 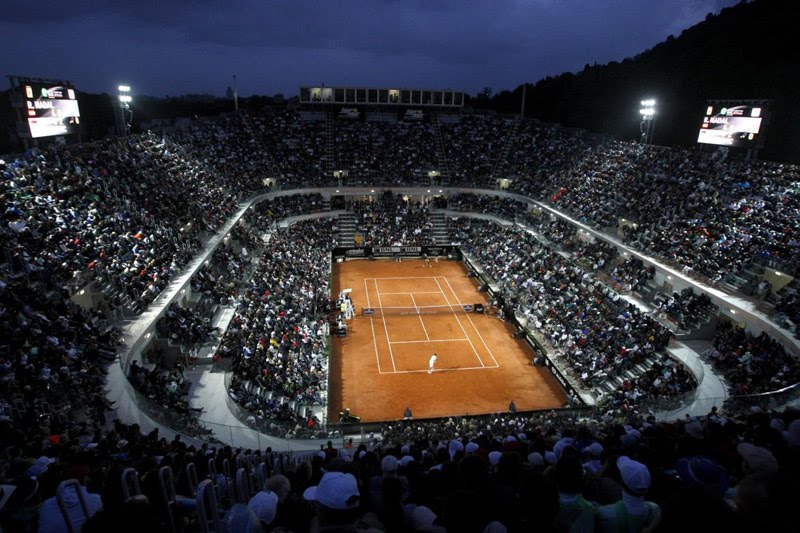 The center court (Campo Centrale) at the Italian Open has 10,500 seats. The total Foro Italico venue has 15 clay courts—the Centre Court, the Grand Stand Arena, the Nicola Pietrangeli Stadium, and 12 other courts, of which 3 were completed for the 2014 event.

Seating capacity of the courts