Since 1987 Championship Tennis Tours has taken each year hundreds of fans to the Australian Open. Clients use our services to purchase individual tickets, complete hotel + ticket packages, and customized package. Championship Tennis Tours has deep first hand experience dealing with all aspects of this great tournament to maximize the client experience, especially when it comes to getting our clients the very best seats on Rod Laver Arena. 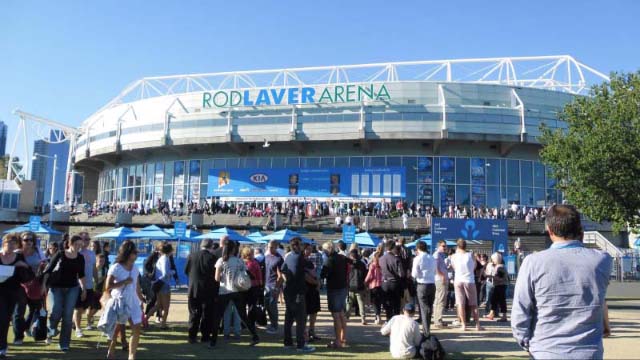 About the Australian Open:

The Australian Open is the largest annual sporting event in the southern hemisphere, and holds the record for the highest attendance at any Grand Slam with 743,667 people having attended the 2018 Australian Open. All of the top players will be there. It has three main stadium courts and 20 outside courts. All of the main stadium courts have a retractable roof to prevent rain outs. The Rod Laver Arena holds approximately 15,000 seats and is where the prestigious singles matches are played in the later part of the tournament, including the Men’s and Women’s semis and finals. Most clients purchase tickets for the Rod Laver Arena which also allows you access to all the outside courts on a first come first served basis.

Looking for seats to avoid the sun?

The summer in Melbourne can really heat up in January, especially if you’re sitting watching a match in the sun. To beat the heat during the day sessions if you want to sit in the lower level, the best options are in the CAT 1 seats located behind the server in sections 3-17 or 8-12. The CAT 2 and 3 seats in the upper level are mostly in the shade. 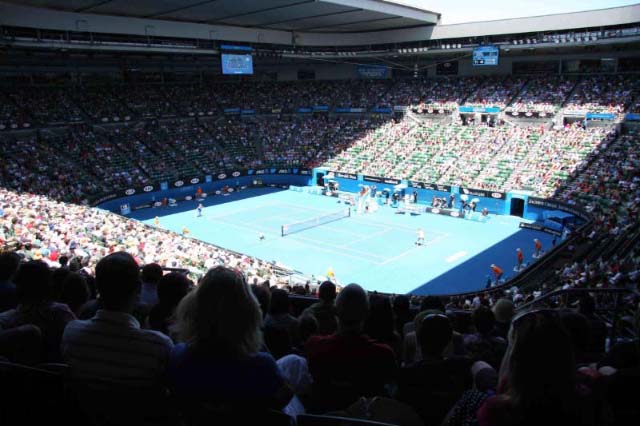 All seats on Rod Laver are reserved seats. We offer tickets in all three levels of the stadium. 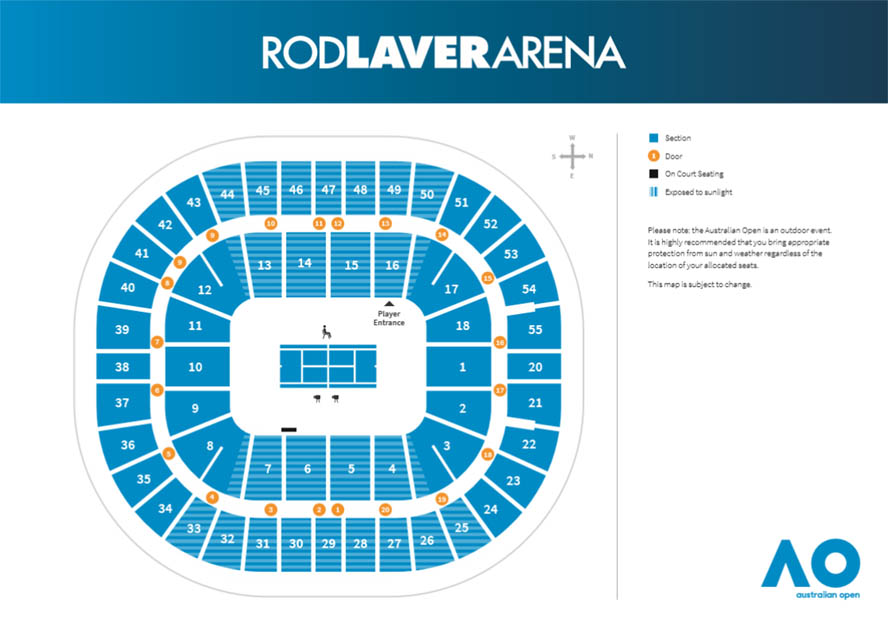 These tickets are located in the first 20 rows in the lower level of the stadium. The CAT 1 seats situated in the corners and behind the server will offer you the best shade during the day sessions.

Here’s a couple of views from CAT 1 seats: 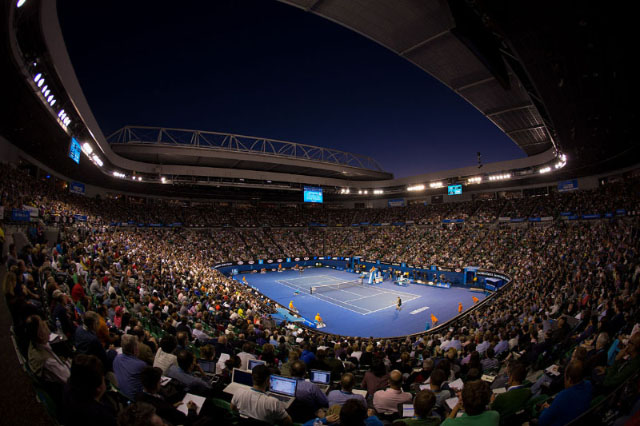 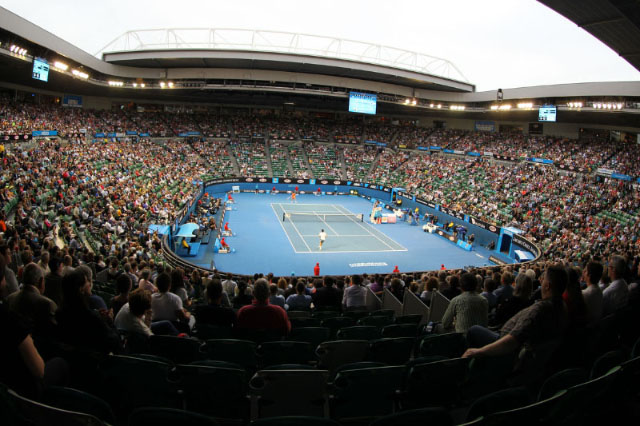 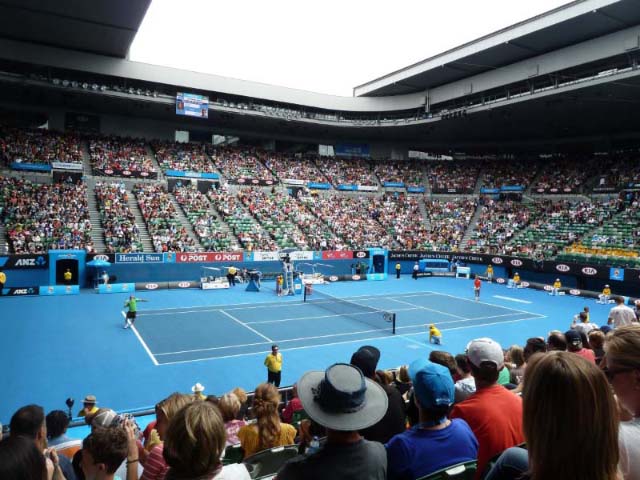 Tickets in the CAT 2 and CAT 3 levels offer great value as they come usually at a significant cost savings compared to the lower level seats while still offering great views of the action. The Rod Laver Arena stadium was built for tennis, so there really isn’t any bad seats. In addition, the upper level seats enjoy an abundance of shade throughout the entire day.


Here’s a couple of views from the upper level tickets: 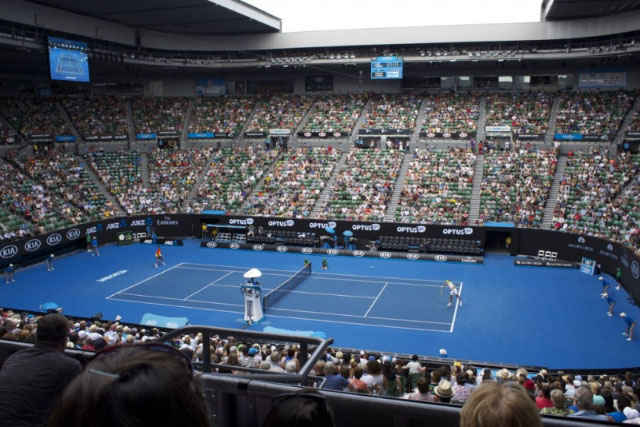 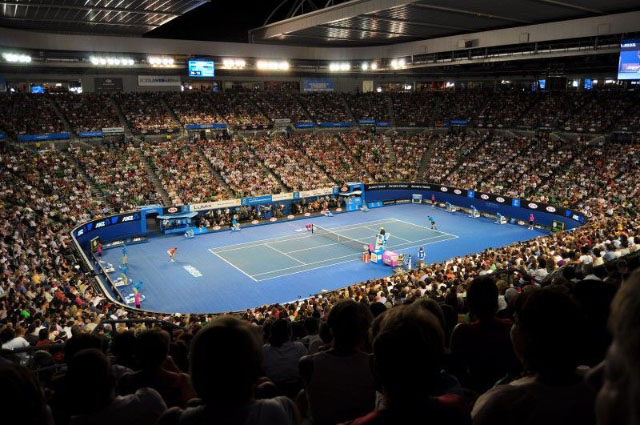 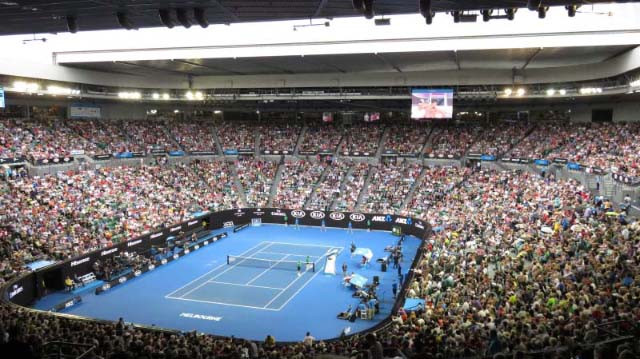 Grounds passes are available for purchase during the first week of the tournament and are a good option. But for the Aussie Open we generally suggest to our clients to go with the least expensive upper level seats on the Rod Laver Arena instead. They really are not that much more, and if a great match ends up being scheduled that day you won’t miss out.

The Australian Open is the first grand slam of the tennis calendar always towards the last two weeks of January. It’s an incredible way to escape the harsh winter if you’re coming from the northern hemisphere and step into a “summer” world class tennis event. The Australian Open organizers schedule concerts as well as animation throughout the fortnight, so it really feels like a party atmosphere. 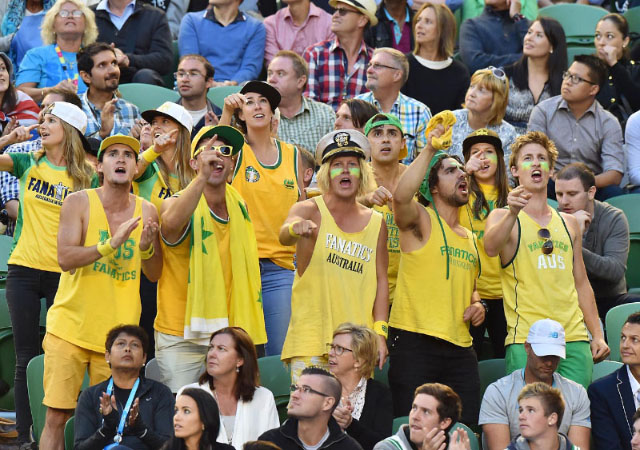 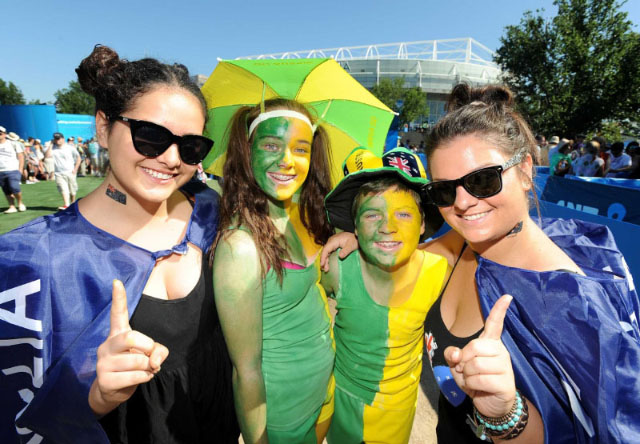 In Melbourne, the Australian Open takes place in Melbourne Park which is located just minutes by foot from the center of town. It’s the only Grand Slam held directly near the center of a city. Water taxis which are also a fun way to get over to the tennis. Many of the hotels we offer are located in the Southbank area which is also loaded with great restaurants and shops. One of our favorite hotels which has been our flagship hotel for years is the exquisite five star Langham Melbourne Hotel in Southbank, we highly recommend it.